Skip to content
Latest News:
911 operator tells woman how to give naloxone shot to her son during an overdose
Text-to-911 feature coming to Norfolk in mid-January
911 calls reveal panic and confusion before and after the Nashville bombing – ABC17NEWS
For Atlanta’s ‘overlooked’ and understaffed 911 center, pay raise could be on the horizon
911 operator shortage leaves some callers on hold, Atlanta councilmember says; mayor orders improvements – Reporter Newspapers

With regards to 911 Dispatcher Salaries, The Bureau of Labor Statistics (BLS) reports that, as of May 2015, the average 911 dispatcher earned a median annual salary of $38,010 per year.

As of January 2017, and according to the National Emergency Number Association, the United States has 5,874 primary and secondary PSAPs and 3,135 counties, which include parishes, independent cities, boroughs, and Census areas. An estimated 240 million calls are made to 9-1-1 in the U.S. each year. In many areas, 70% or more are from wireless devices.

Most dispatchers work 8- to 12-hour shifts, but some agencies require even longer ones. Overtime is common in this occupation.

Because emergencies can happen at any time, dispatchers are often required to work some shifts on evenings, weekends, and holidays. 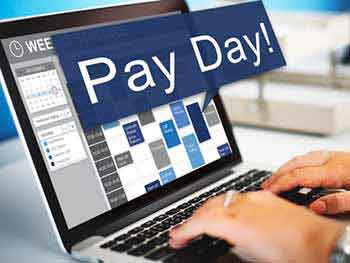 As of 2015, the Bureau of Labor Statistics (BLS) indicates that the average 911 dispatcher salary (including police, fire and ambulance dispatchers) was about $38,010 per year. Depending on the state, the top 10 percentile earned an average of over $59,770 per year.

Get Your Degree!
Find schools and get information on the program that's right for you.
(It's fast and free!)