Skip to content
Latest News:
911 operator tells woman how to give naloxone shot to her son during an overdose
Text-to-911 feature coming to Norfolk in mid-January
911 calls reveal panic and confusion before and after the Nashville bombing – ABC17NEWS
For Atlanta’s ‘overlooked’ and understaffed 911 center, pay raise could be on the horizon
911 operator shortage leaves some callers on hold, Atlanta councilmember says; mayor orders improvements – Reporter Newspapers

If you are interested in looking into 911 dispatcher jobs, otherwise known as 911 operator jobs, you have come to the right place.

Where does a 911 dispatcher work?

Within the US, there are presently over 6,100 PSAPs. These PSAPs are staffed with highly qualified professionals (911 dispatchers and 911 operators) who are well-trained and confident in expert emergency communications.

Dispatchers provide the backbone of the country’s 911 emergency dispatch system and are consistently relied on to be sure that the american public receives the best communications as well as dispatch services possible. 911 dispatchers save lives every day.

Types of Places for 911 Dispatcher Employment

Jurisdictions that do not have a central emergency communications system in place as the setting, jobs as a dispatcher are usually designated as the following: 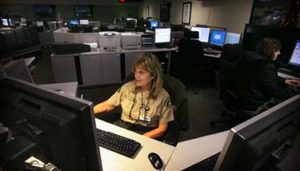 Being a 911 operator/dispatcher will include the ability to answer inquiries, determine the response requirements and prioritizing situations, refer calls to the proper law enforcement agencies or emergency medical services companies, and dispatch units according to standards.

911 dispatcher jobs are accomplished by those with advanced communication skills and the proven capacity for working within stressful and challenging circumstances. 911 operators take down important information from the caller, especially details of the emergency and the address of where it is taking place. 911 operators then quickly implement the appropriate team or conduct a transfer of the call to the appropriate agency and department.

It benefits 911 dispatchers greatly to have excellent computer skills and medical knowledge.

The Benefits and Challenges to 911 Dispatching

Being a 911 dispatcher or 911 operator is a very important job that has its benefits and its challenges. Be prepared going into the role so that you can do the best job possible without allowing it to adversely affect you:

The National 911 Program’s goal is to provide Federal leadership and coordination in supporting and promoting optimal 911 services. This Federal “home” for 911 plays a critical role by coordinating Federal efforts that support 911 services across the nation.

The 911 system was created to offer a user-friendly and universal number for individuals to contact fire or emergency medical personnel and police from any location and with any phone, without the hassle of looking up phone numbers. People presently communicate in ways that surely the original designers of the 911 system did not fully fathom: social media, Internet Protocol (IP)-enabled devices, wireless phones, text and video messages, and much more. The National 911 Program collaborates effectively with providers of technology, public safety officials, 911 professionals, and States to facilitate the smoothest transition to the updated 911 system that capitalizes on the newest communications technologies.

In 2004, Congress created the 911 Implementation and Coordination Office (ICO); this evolved into the present National 911 Program that resides at the U.S. Department of Transportation within the National Highway Traffic Safety Administration.

The National 911 Program creates and shares a variety of resources and tools to help 911 systems.

911 Dispatcher Programs and Schools in Alabama