Skip to content
Latest News:
‘The call center is going to collapse’: 911 operator says many are at their breaking point
Shannon Brandt to appear in court after allegedly murdering 18-year-old Cayler Ellingson
First responders, a 911 operator and a mom honored for helping save 1-year-old’s life
OCPD dispatcher shortage causes longer wait times for some calling 911
911 Call: Stepson tells dispatcher Kimberly Yacone was shot in head by husband

Before starting your career as a 911 dispatcher, it’s important to receive the proper training and education that you will need to complete the responsibilities of the career.

Alaska is a beautiful state that is home to many people from all over the world. Sadly, because of the rocky terrain that brings a lot of thrill seekers year in, year out, 911 operators spend a lot of time dealing with crises. Also, Alaska has the country’s highest rate of suicide as well as experiences the country’s greatest per capita rates of alcohol-related incidents. As a result, 911 operators are in high demand in the state of Alaska.

Regardless of the city that you are employed there will be requirements set by the state of Alaska that need to be completed those include:

As stated previously, a college degree can benefit an aspiring 911 operator greatly. Throughout the state of Alaska, you can find an abundance of programs that will provide you with the skills you will need to effectively operate as a 911 dispatcher. Majors that are the most beneficial include:

Some have found that information technology coursework is helpful in the field, as well.

Furthermore, given that 911 dispatchers can be hired at multiple levels, for this reason, there may be some variation in the requirements needed for each position, in most cases, prospects will need to be certified to be employed. Which certification is needed will be up to the hiring body.

College graduates make for some of the best 911 operator candidates because of their ability to think critically and problem solve. Other useful skills that are obtained through a college education include:

911 Dispatchers in Alaska: Places of Employment

The state of Alaska is rather large and will have multiple dispatcher facilities set up around the cities. Some possible cities of employment are: 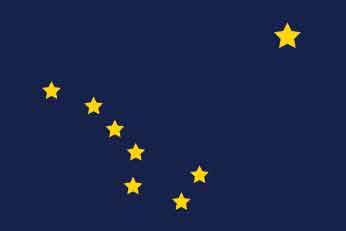 Those looking to become 911 dispatchers in Alaska should get to know some of the organizations that set the standards for emergency services and assist those working in the field. These groups include:

In the state of Alaska, 911 operators take home an excellent living for the service they provide to their communities. According to the Bureau of Labor Statistics, the average dispatcher in Alaska earns $50,700 per year.

911 Dispatcher Programs and Schools in Alaska